“Failure is a fact of life. The key is to keep going”: Fred Sirieix on employing ex-offenders, technology and the art of service

Generosity is integral to hospitality.

Few people understand this better than Fred Sirieix, who through a seasoned career as maitre d’ in top UK restaurants has earned his stripes as an authority on customer experience.

His modus operandi is simple yet effective: he helps restaurants achieve excellence by perfecting each touchpoint in the customer journey, and always putting the customer first.

“When a customer enjoys their visit, they’ll keep coming back to your restaurant,” he says. “They became loyal because they know that what they get from your restaurant is better than what they can get anywhere else. They trust you.”

But Fred’s generosity extends beyond the dining room. As a public figure, he’s worked to grow awareness and appreciation for hospitality professions.

He even created National Waiter Day, to encourage admiration and awareness for waiters and inspire young people to enter the profession.

More recently, he’s been a driving force behind The Right Course, an initiative to transform the lives of prison inmates.

We spoke with Fred about the initiative, its partnership with Lightspeed, and the future of the industry.

Read on to find out more.

The Right Course—training inmates in the art of service.

The Right Course has transformed staff messes at two London prisons into fully functioning training restaurants, where inmates can acquire skills as chefs, waiters and baristas.

The charity currently has two restaurants staffed by inmates: The Quays at HMP Isis and Escape at HMP Wormwood Scrubs—both operating as staff cafes and restaurants.

“The Right Course has two outcomes”, says Fred. “One is that it helps prevent inmates from reoffending when they leave prison. The other is that it helps combat the labor shortage within hospitality.”

The scheme helps prepare inmates for a future outside of prison by providing high-quality training based on Fred’s own exacting standards of customer service. Moreover, it aims to change perceptions around hiring ex-offenders.

“When you’re talking about hiring somebody who just came out of prison, there’s a stigma attached to it. As much as we believe in redemption and forgiveness,many people don’t want to employ ex-offenders.”

“I think that it’s up to all of us to make a difference and to give opportunities to people, to give them chances, because if we do so, invariably they will succeed” 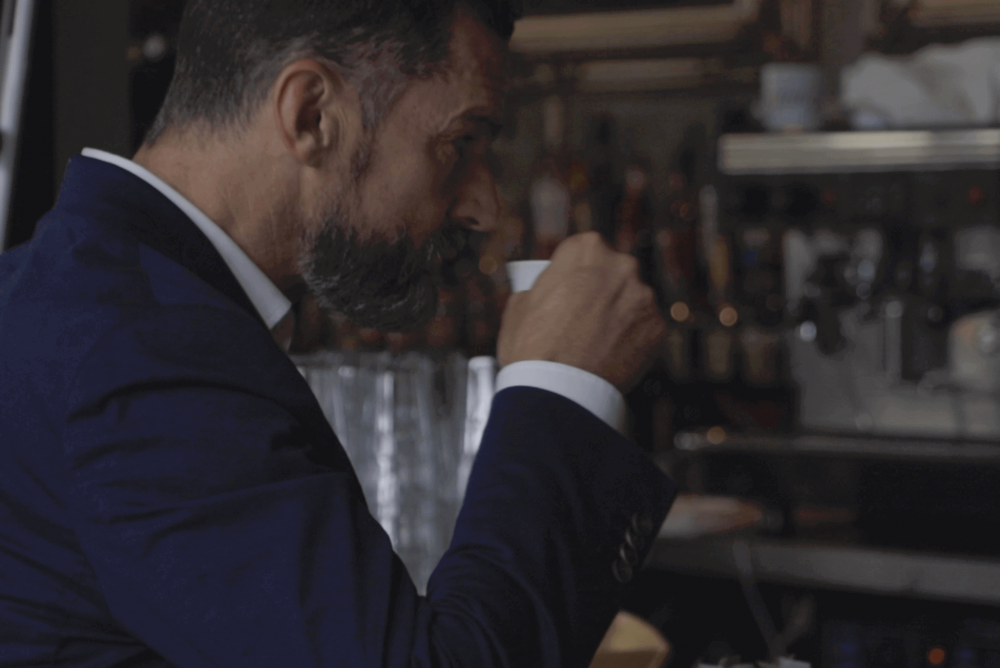 Fred certainly acts upon his words. Since launching the initiative, over sixty ex-offenders have trained and qualified as chefs, baristas and front-of-house staff.

“We even trained a young man who went on to work with me at Galvin at the Windows. He started as commie and when I left he was a chef du partie. It’s a true testament to the success of The Right Course and I’m very proud of that.”

Providing the tools to thrive

As well as training inmates on the essential skills required for a career in hospitality, The Right Course has also partnered with Lightspeed POS.

They implemented the cloud-based point of sale system into the prison restaurants to train inmates on the technological side of hospitality.

“Without Lightspeed’s support, it would have been virtually impossible to run the restaurant within the prison as restaurants are run on the outside,” adds Fred. “What we want to do is teach the boys how to run a business as you would normally.”

“Inmates really embraced the technology. They love working with the point of sale system. it’s an integral part of the way we run the restaurant.”

The implementation comes at a pivotal time in hospitality. Cloud-based technology is streamlining restaurant workflows, and has become widespread throughout the industry. 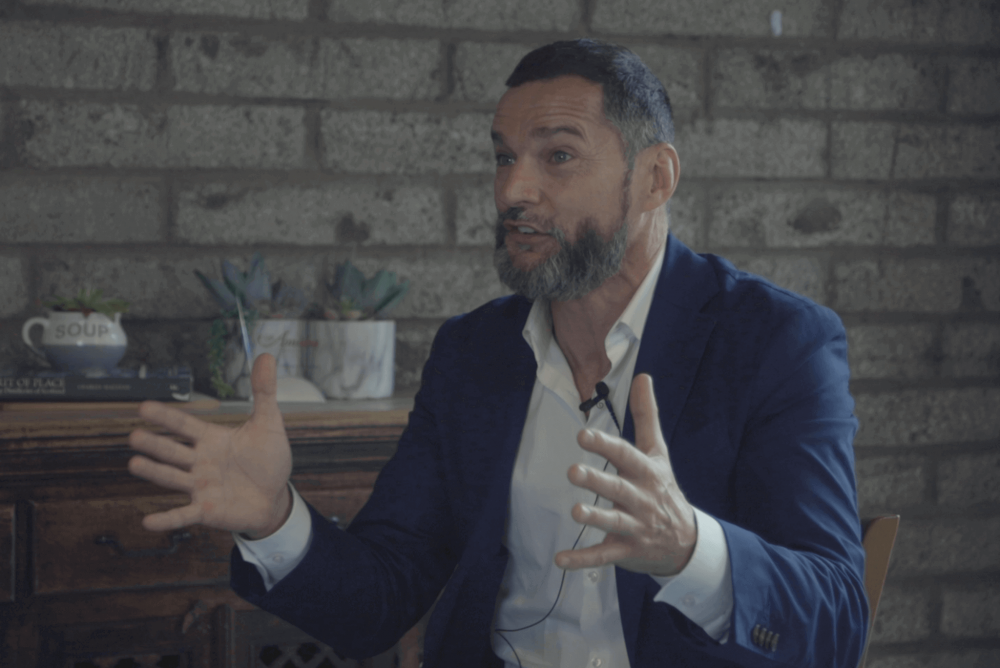 “It’s obvious that technology is evolving, it’s changing all the time, and it’s playing an increasingly important part in the industry and in the way we run our businesses.”

But for Fred, the development of restaurant technology isn’t so much about replacing what people do, but supplementing and enhancing the skills of both the back and front of house staff.

Whether it’s splitting customers’ bills, taking payments, managing restaurant inventory or using customer data to enhance their experience—POS systems like Lightspeed make it easier for restaurant staff to deliver the kind of experiences that Fred has built a career on.

“But technology is run by us,” he says. “Hospitality’s all about connecting with other human beings. That’s an integral part of what we do. Technology will not replace what we do, it’s there to aid us, to deliver better service and better experiences to our customers.”

“What impresses me about Lightspeed is the service, the flexibility and how easy it’s been to work with Lightspeed in implementing the whole system at Wormwood Scrubs within the prison.”

As The Right Course helps more and more inmates escape a life of crime, Fred is optimistic about their future.

“But what’s important is the vision with which we run the restaurant. It’s about having those high standards. It’s about showing people the right way, and it’s about showing them that there is a different way to live their life and to live a law-abiding life.”

At the heart of The Right Course is a focus on redemption and forgiveness. The initiative not only strives to improve the prospects of inmates, but to change attitudes within hospitality so that the industry may be better off.

“There’s no doubt in my mind that the learners that we train in the prison can be anything that they want when they leave prison.”

“We’re just here to provide the foundation for them to start their career. The world is their oyster. I could see them being the top chef in the country, top managers, restaurant owners—you name it.”

“At the end of the day, forget that they’re ex-offenders. You’re hiring staff. Trained, qualified staff.”

Looking to the future

While The Right Course has seen plenty of success at its two current locations, Fred has big plans to spread the initiatives to prisons across the country. 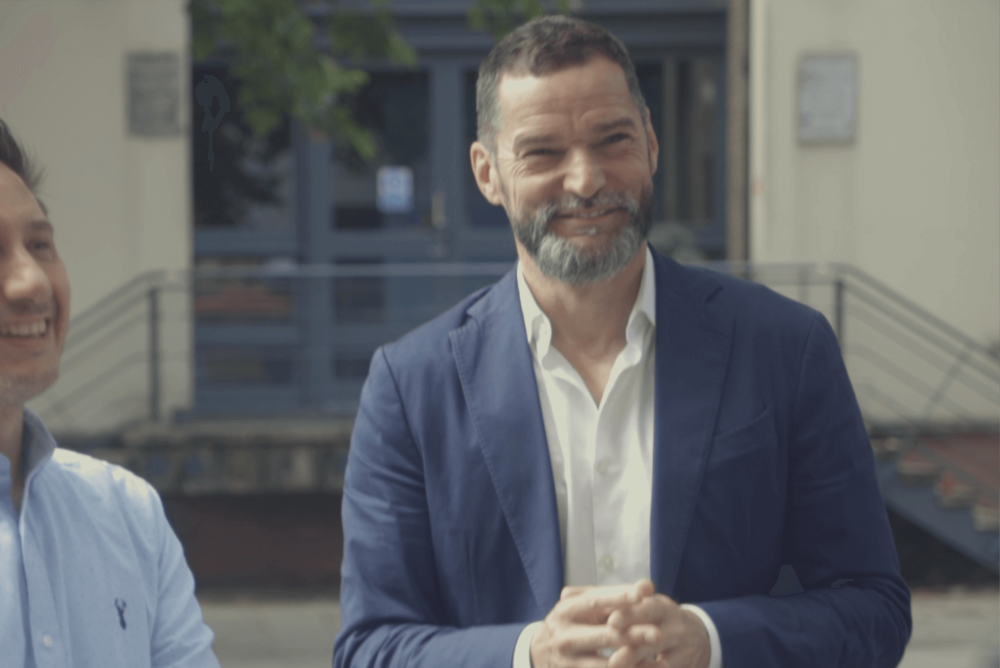 “It’s going very well,” says Fred. “But if we really want to make a difference within the offender’s community while reducing the labor shortage within hospitality, we need to expand at scale and at pace.”

“If we want to live in a better world it’s our responsibility to do something about it. And that’s what we do at The Right Course.”

Advice from a master of his trade

Apart from helping inmates forge a career in hospitality post-sentence, Fred is also passionate about anyone joining the industry. He’s keen to offer advice about not just how to start a restaurant, but how to really succeed.

“First of all, you need to know what you actually want to do. What type of restaurant is it? Is there a need for it? Would people actually queue up to come and eat in your restaurant? What do you stand for? What is it that you want to deliver? What is your overall vision?”

“Once you have that vision, it’s very important to actually deliver on it every time a customer comes through the door.”

Failure, the key to success?

Having worked as general manager at top UK restaurants from La Gavroche to La Tante Claire, it’s tempting to assume that Fred has gone from one success to another.

But he’s also had his fair share of failures. In fact, he points to failure as a crucial part of success. And this is why he believes so strongly in his mission at The Right Course.

“I fail every day, way more than I succeed. Failure is a fact of life. The key is not to get disheartened.”

“Just like Rocky says, it’s not about whether you’re getting knocked down or not. It’s about getting up. That’s what matters. We all get knocked down all the time. And the key is to keep going, have faith in yourself and have faith in the process.”

This idea of perseverance and redemption is key to the success of The Right Course, and Fred strives to instil this same sense into the inmates he trains.

“The Right Course is about giving opportunities, giving chances to people who may not have otherwise had those chances in their life. And this is the reason why they end up in prison.”

“I think it’s about doing something good for society. When people are motivated, when they actually want to do well for themselves and you give them opportunities—they can go all the way to the top.”