Blockchain and Its Impact on Business Success 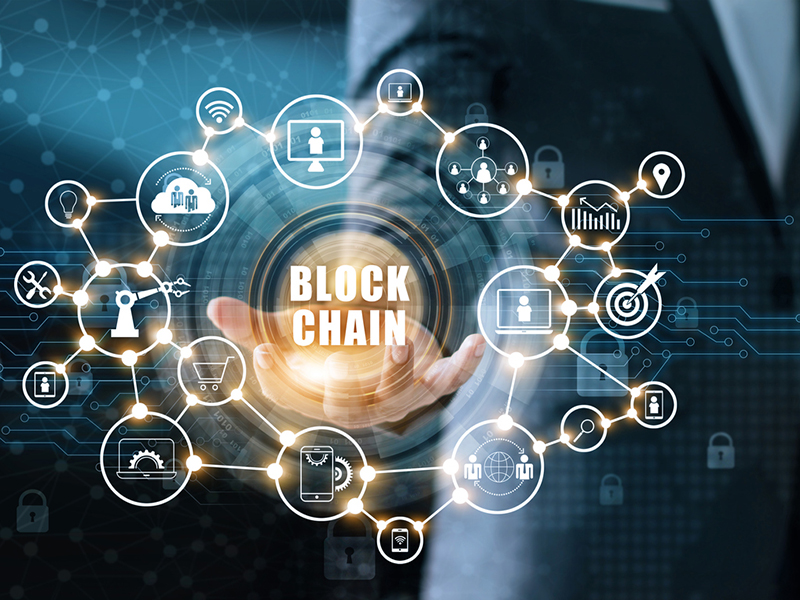 How does blockchain affect business?

In the modern world, the key success factor for companies is speed. It is the ability to quickly respond to external or internal changes and quickly adjust business processes according to those changes. Blockchain technology can help with this in any field – from music and media to real estate. It acts as transparent public storage and a tool to divide value among people. There are many opportunities that blockchain opens up.

Blockchain can be used as fast and secure storage of information that has no central control. It is more secure and reduces the cost of inventory, because the firm no longer needs to have a large computer room with expensive servicing. Blockchain is also transparent. Once contracts on the network have been confirmed, they can’t be altered, which means hackers can’t corrupt your data.

In the media industry, royalties can be paid out immediately, instead of having people wait for years or months. Blockchain allows micro-payments to be made and can generate faster income.

Blockchain in real estate could split the value of the property into smaller portions. A person could invest as little as $100 and receive partial ownership or invest more if they can.

There is an obvious benefit to both sellers and buyers. Property is more likely to be sold as it’s much more accessible to all people now. Now buying high-end property is possible for anyone and not only institutional investors.

In a public blockchain system, everyone has access to the platform and takes part in the decision-making process. However, it is usually slower and not as efficient as a private one, due to its large size and large number of operations. Yet, a public blockchain is transparent, available 24/7, decentralized and immutable.

In private blockchain platforms, a single entity has access to the network and its decision-making. It has internal business applications since a manager or owner would have access to all decisions regarding the business. It provides a cheap and safe alternative to traditional complex platforms that would otherwise cost more.

A private blockchain is faster and more efficient because it is smaller and simpler than a public blockchain. However, it is only partially decentralized and immutable.

Which platform to choose?

There are several platforms to choose from, such as Ethereum, Hyperledger Fabric, or R3.

Ethereum enables smart contracts and works across numerous industries. It has 18% of the total market cap and operates with a transparent ledger. It is a public, fully decentralized platform made by developers for everyone.

Hyperledger Fabric is a private ledger and its focus is on companies. It is a private system that enables smart contracts. It is simple and intuitive since it provides the building blocks for blockchain-based solutions and products.

R3 is another blockchain platform designed for direct and secure transactions between businesses. It first started out as a consortium of 9 banks, including Credit Suisse, HSBC, and Merrill Lynch to name a few. Traditional banking transactions were becoming outdated, and R3 dramatically increased the efficiency and security of transactions.

The main advantage of blockchain technology in business is the reduction of transaction costs. It also improves security because blockchain is encrypted. The efficiency of business processes increases as well due to faster transactions and the absence of intermediaries.

It decreases theft and systematic risks by providing safe transactions. The data stored in smart contracts can’t be changed once a smart contract has been confirmed by everyone in the system. This ensures safety and transparency.

The company uses the Hyperledger Fabric platform and the Ethereum blockchain. The system handles certificates and invites new members. It also improves the nodes’ performance and detects issues. Amazon Web Services already uses blockchain technologies in some parts of the USA, Asia and Europe.

Customers can benefit from the blockchain network used by Amazon in several ways. The first is by creating a verifiable record of transactions. The second is in eliminating intermediaries. Amazon provides a specialized tool for customers to increase the efficiency of operations by reimagining how they do business.

Anheuser-Busch InBev deals with brewing and making drinks. It is also the largest buyer of barley in the world. The company works across five continents and 13 countries and has more than 20,000 direct customers.

In 2020, the company announced it was using blockchain to provide consumers with a chance to trace the origins of their beverage back to the farms. By scanning a QR code on the back of the bottle, you can see where the barley was grown and harvested. With this, the company is trying to prove its dedication to sustainability and transparency.

The business has three main products: ‘Surround’ in the music industry to improve payouts to musicians, ‘Crystal’ software to help financial and legal institutions conduct blockchain investigations, and ‘Exonum’ to help governments digitize their operations. The company wants to be part of the worldwide digital revolution.

The company uses smart contracts to reduce the cost and improve the efficiency of companies in the oil and gas industry. It partnered with Shell, Statoil and others to improve commodities trading with a trading platform.

The firm and its Digital Assets Group manages the clients’ wealth with the use of blockchain. Innovations in cryptocurrencies and blockchain are the main causes for Citigroup’s decision, and large banks such as Goldman Sachs seem to be copying the same approach.

Blockchain is already here and is entering all modern industries, just like the Internet did 50 years ago. Used by Bitfury, Amazon, BP plc and many other companies, it has shown to be trustworthy, easy to use and secure. Another key role is the reduction of costs for companies. In the next few years, we will experience blockchain systems being implemented in all major fields.