Everything You Need to Know About Nomos Glashutte 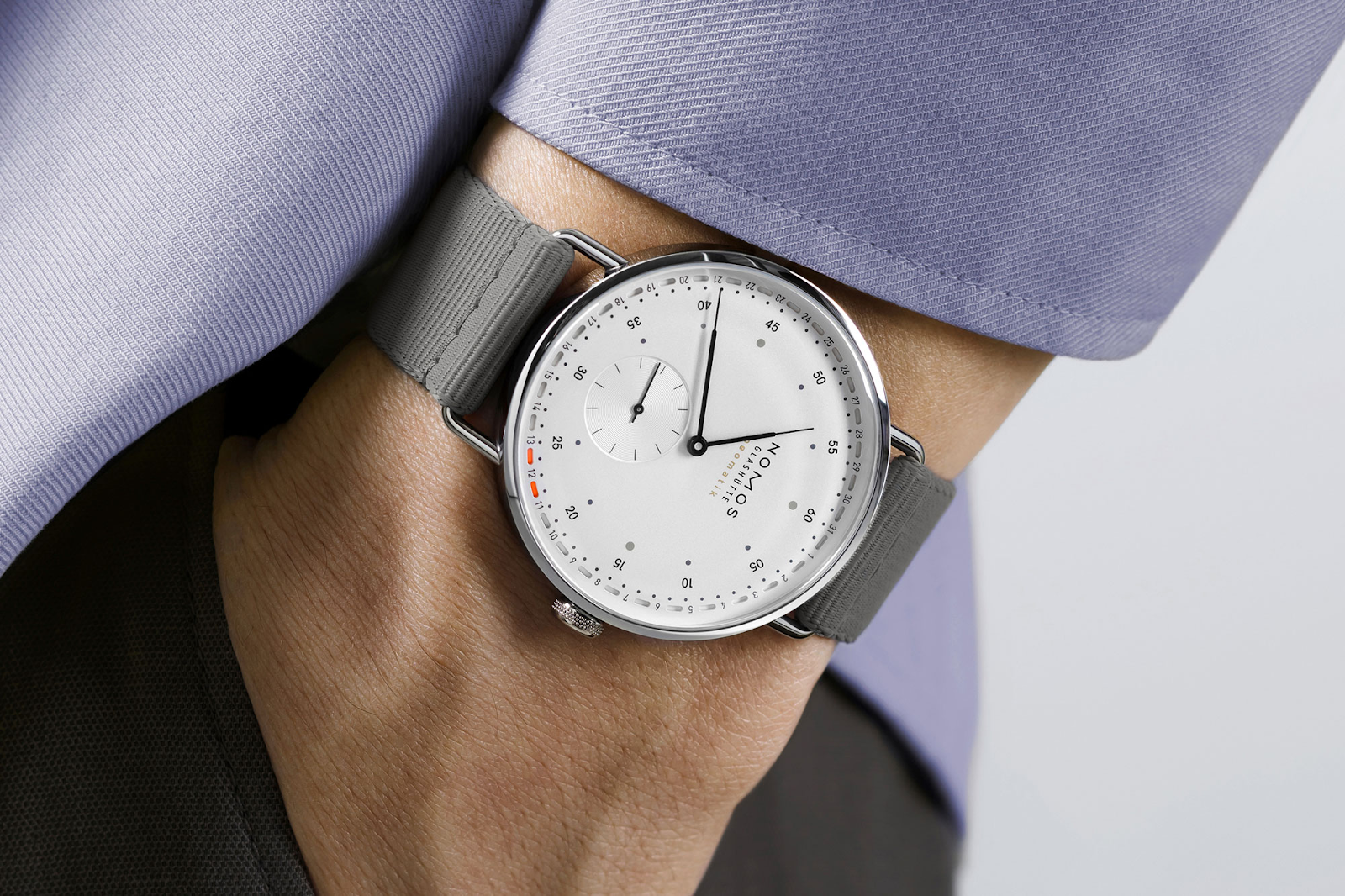 Despite being in the market for a relatively shorter time compared to its competitors, NOMOS Glashutte already made a very strong impact on the watch industry. Most watch collectors can recognize it due to its Bauhaus design and beautiful movements made in-house. Throughout the years, it developed an identity of its own. It means that when you purchase one of its models, your colleagues and even family members can instantly tell that it has the NOMOS heritage. If you try to compare its price points with Rolex, Omega, Patek Philippe, and other independent luxury watch manufacturers, you will realize that it offers pretty affordable models. In fact, you can have a decent-looking NOMOS watch for approximately two thousand dollars. That is how astonishing this brand is. Continue reading if you wish to learn more about its history and spectacular models.

The history of NOMOS Glashutte

If you are a new fan of NOMOS Glashutte, you know that it produces timepieces that are simple yet functional. But what you might not be aware of is that it has an unordinary backstory behind the aesthetics of its wristwatches.

About the town of Glashutte

Glashutte was a small town composed of only 7 000 people and was home to several famous watchmakers, such as NOMOS Glashutte, Moritz Grossman, and A. Lange & Sohne. It played an important role in the establishment of the famous watchmaking association named Deutscher Werkbund. Moreover, it helped make the Bauhaus movement possible in the early 20th century.

During World War II, the town became a part of the Communist Eastern half of the country. The government decided to nationalize the existing watchmakers at that time, such as A. Lange $ Sohne, and eventually, it ended their existence. They only came back into the industry in the early 1990s. At that time, the NOMOS Glashutte did not exist yet. Its establishment in the town happened right after the fall of the Berlin wall which was a decade before the start of the 20th century. You must be aware that the name NOMOS already existed before but it has no connection with the current NOMOS brand.

The founder of NOMOS Glashutte

Roland Schwertner, a photographer, and computer enthusiast decided to manage his own watchmaking company and named it NOMOS Glashutte. As its competitors became a part of Richemont group and Swatch, it remained an independent watch manufacturer even today. The senior management of the company nowadays is Roland Schewerner, Judith Borowski, and Uwe Ahrendt.

Employees of the company

The majority of the current workforce of the company is in its headquarters in Glashutte. There are about 260 employees that stay in that town. Since it has an office in New York City, about 40 of its employees are in Berlin.

The company launched its first collection in 1991. Under it were Ludwig, Orion, Tetra, and Tangente. They all had a Bauhaus style designed by Suzanne Gunther. The Tetra had a smaller case diameter measuring 29.5 mm compared to the other three with 35 mm cases. The shape of the former was square while the latter was round. It was a revolutionary move because, during the 1980s, watches with a chunky appearance and large case diameter were the norm. Since its sizes vary, it catered to both men and women. The most successful timepiece from this collection was the Tangente because of its classic look and old-school Bauhaus design.

Due to the unexpected popularity of the company’s first collection, it became capable of producing its own in-house movement. However, the company needed to source additional capital to finance it so it sold some shares to a German luxury retailer. It eventually brought back all the shares and became independent in 2013.

The reason behind the company’s in-house movements

The company became so eager to produce their own movements because they badly wanted to stamp the name Glashutte on their watches. It can only be possible if they produce at least 50% of its value in the Glashutte town. It used to utilize Swiss ETA and Peseux ebauche movements, and Peseux 7001 in manufacturing its timepieces. It started making some modifications from 1992 until 2005. It refinished the crown and barrel wheels and used blued steel instead of screws. It also made the plate oxidation-resistant by adding rhodium on the plates. Due to these changes, ETA requested the company to stop using its name on their movements. The company released Tangomat in 2005 which had the first movement entirely made in-house.

If you are looking for an elegant watch to accompany you during formal events, then this club campus neomatik is for you. It has a 37 mm case diameter which is smaller than the other models. It has a slender case with rose gold hands positioned on top of a white silver-plated face. It is not entirely minimalist as it features an eclectic mix of Arabic and Roman numbers on the dial.

This NOMOS Zurich Weltzeit has a unique complication that is best for people who love to travel the world. It is a world-timer watch that displays the time zones of different countries strikingly. It features a city wheel with an in-house automatic mechanism. Its case diameter measures 39.9 mm which is quite larger than the previous model.

Mark Braun, a famous industrial designer, was the one responsible for crafting the look of the NOMOS Metro Datum Gangreserve. It is one of the most notable and recognizable models of the company. It was the first watch of NOMOS that has its swing system escapement technology. It also features minty green highlights that make it a standout among the brand’s collection. If you love to go swimming during holidays, you might always worry about the possibility of damaging your wristwatch. But this is no longer the case if you buy this model. It is because it can withstand water of up to 30 m.

There is no doubt that the rich history of NOMOS helped it in achieving the pinnacle of success. It can now produce timepieces with truly in-house movements. The best part is that they come at affordable price points. So if you want to purchase any of the models mentioned above, head over to WatchShopping now!